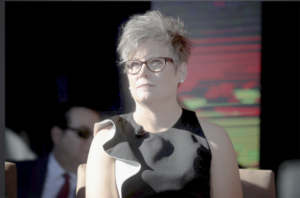 Did you know that in January 2020, just two months prior to the Arizona 2020 Primary Election, Hobbs requested $8.3 Million from the Federal government, for the benefit of 2020 Arizona “Election Securities?”

Hobbs herself could have prevented the massive physical election audits by disclosing, that she identified Election Security problems.   Because Hobbs requested $8.3 Million from the Federal government and specifically the Federal Funding agency: U.S. Election Assistance Commission, (EAC).

But Hobbs said that the actual physical audit was a “political stunt,” according to the Washington Examiner.

(2020) Public Election Deception schemes was Hobbs own concealment by requesting (2020) $8.3 Million from the Federal Government.

How many 2020 Arizona Voters have been disenfranchised because Hobbs concealed actual Election Security problems?

Hobbs herself could have prevented the prior massive physical election audits by disclosing that she identified Election Security issues. See also FED FINANCIAL REPORT FROM 2018 THROUGH 2023 ON $7M

Contrary to her claims of transparency, now being revealed to the Arizonians and public, is Katie Hobbs, Secretary of State’s own January 30, 2020, election document, which she had intentionally concealed from the public.

Voting Security Election Irregularities, if didn’t exist within Arizona, then there would have NOT  been a need for Hobbs to request $8.3 Mil in (2020), from the Federal Government Election Assistance Commission!